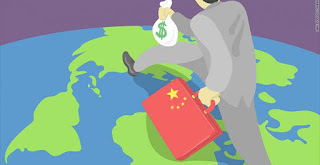 Now here is an interesting conspiracy theory if you want:

Impact of coronavirus on stock exchanges worldwide, within 1 month:

(China) + 0,3%
China, creator of the pandemic, has miraculously “recovered”, has almost no more cases of coronavirus. The world is now beginning to feel the effects and panic about the disease. Who recovered first ?? China itself! It seems to be that this virus was a move by the Chinese government in response to the loss of the trade war with the United States. The goal: to throw the world into recession !!!

Is the scenario not clear? They are already growing! China bought almost everything it devalued on the stock exchanges around the world … with that the Chinese became owners of the global companies that are in China and without the money leaving China.

Was WW III happened and we did not even realise it
The Chinese president at Wuhan Hospital without muzzle ..
China officially announces victory over the Corona virus
Did the Chinese deceive the world with the Corona Virus? And they saved their economy ?!

This is what the Americans and Europeans think, after they sold their shares in high-value-added technology companies for a minimal price to the Chinese government.
According to them, the Chinese leadership used an “economic tactic” that made everyone swallow the bait easily, before they asserted that China did not resort to implementing a high political strategy to get rid of European investors, in support of China’s economy, which would bypass the US economy with this step ..!

And because it teaches the science of certainty that Europeans and Americans are looking for excuses to slow and bankrupt the Chinese economy, China has sacrificed some hundreds of its citizens, instead of sacrificing an entire people ..!
Through this tactic, China succeeded in “deceiving all”, as it reaped about $ 20 billion in two days, and the Chinese president succeeded in deceiving the European Union and the United States of America in the eyes of the world, and played an economic game of a tactical nature, which was unthinkable. !
Before the Corona virus, most of the stocks and stakes in investment projects at “Technology and Chemicals” production plants were owned by European and American investors ..!
This means that more than half of the profits from the light and heavy technological and chemical industries went to the hands of foreign investors, not to the Chinese treasury, which led to a decline in the Chinese currency, the yuan, .. and the Chinese central bank could not To do something against the continuous fall of the yuan ..!
There was even widespread news that China was unable to purchase masks to prevent the spread of the deadly virus. These rumors and the Chinese President’s statements that he is “not ready to save the country from the virus” have led to a sharp drop in the purchase prices of shares of technology companies in China, and the empires of “foreign” investors have raced to offer investment shares for sale at very low prices, and with attractive offers, “Never seen before” in history ..!
The Chinese government waited for foreign share prices to reach their “almost free” minimums, and then issued an order to purchase them. And bought the shares of Americans and Europeans ..!
And when European and American investment financiers realized that they had been deceived, it was too late, as the shares were in the hands of the Chinese government, which in this process nationalized most of the foreign companies erected on its soil in a near-free manner, without causing a political crisis or a single shot .. !
The same sources confirmed and pointed out that “Corona” is a “real” virus, but it is not a terrible danger that has been promoted across the world ..!
China began to take out the anti-virus vaccine, this vaccine that it had owned from the beginning on the shelves of refrigerators after it had received its goal ..! 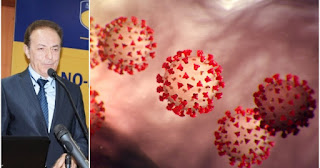