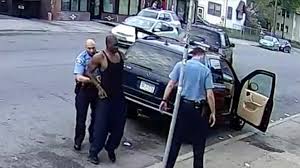 Truth is the first victim in politics. Factions and passions rule. Random facts are picked as weapons, no one thinks things through.

We need to understand the facts surrounding the death of George Floyd.
Many key facts are being ignored:
Minneapolis police officers have been charged with Floyd’s murder. Yet all the evidence points to the fact that Floyd had taken a drug overdose so strong that his imminent death could hardly have been prevented. In all likelihood, the police were neither an intentional nor accidental cause of his death. These crucial facts have been completely ignored in the uproar.
It is widely believed that George Floyd died from a police officer’s knee on his neck, whether due to asphyxiation or neck injury. That may be how it looks, to a naïve viewer. In reality, the county autopsy report says he died of a heart attack,[1] and states that there were “no life-threatening injuries.” Then how could they conclude it was homicide?
When scientists review scientific papers, they look primarily at the evidence, and give less weight to the conclusions, which are only the other fellow’s opinions. To blindly follow “expert opinions” is the Authoritarian View of Knowledge. This is no real knowledge at all, because to assess whether an expert is always right, we would need infinite knowledge, and doubly so when experts disagree. Not thinking for oneself is not really thinking.

So let us stick to the evidence. The county’s ambivalent autopsy also included the following hard facts: “Toxicology Findings: Blood samples collected at 9:00 p.m. on May 25th, before Floyd died, tested positive for the following: Fentanyl 11 ng/mL, Norfentanyl 5.6 ng/mL, … Methamphetamine 19 ng/mL … 86 ng/mL of morphine,” but draws no conclusions therefrom, noting only that “Quantities are given for those who are medically inclined.” Shouldn’t we be so inclined? This fentanyl concentration, including its norfentanyl metabolite at its molecular weight, was 20.6 ng/mL That is over three times the lethal overdose, following earlier reports where the highest dose survived was 4.6 ng/mL.[2]

If ever there was a leap before a look, we are in it now. Masses of people have become extremists, based on conclusions that are as false as they are hasty.
Regarding suffocation, the county medical examiner’s report found “no physical findings that support a diagnosis of traumatic asphyxia or strangulation.”[3] Pressure applied to the side of the neck, as in this case, and not to the throat, has little or no effect on breathing. One can easily verify this oneself.[4]
One difficulty is that there are public statements to the effect that the coroner ruled it a homicide, and the title of the autopsy report includes the term “neck compression.” But the words “homicide,” “restraint,” “stress” or “compression” do not appear in the 20-page body of the report. References to the neck are few — a couple minor abrasions, a contusion on the shoulder, and “The cervical spinal column is palpably stable and free of hemorrhage.” It is as if the title was chosen in regard to what was expected or proposed, but which was never found, and the title was never updated. There seems to be no support at all in the report body for the report title, which reads, “Cardiopulmonary arrest complicating law enforcement subdual, restraint, and neck compression.”
The term “cause of death” does not appear. The words “death” and “fatal” only appear in this comment in the lab report: “Signs associated with fentanyl toxicity include severe respiratory depression, seizures, hypotension, coma and death. In fatalities from fentanyl, blood concentrations are variable and have been reported as low as 3 ng/mL.” Floyd’s fentanyl level was seven times higher.

If first impressions via the media fooled the coroner’s office, until they examined the body, we too can be fooled at first, but change our opinion according to the evidence.
Excited Delirium Syndrome
An additional hypothesis involves Excited Delirium Syndrome (EXD), a symptom of drug overdose which sometimes appears in the final minutes preceding death. EXD typically results from fatal drug abuse, in past years from cocaine or crack, more recently from fentanyl, which is 50 times more potent than heroin. Especially dangerous are street drugs like meth, heroin or cocaine laced with fentanyl.
According to an article in the Western Journal of Emergency Medicine (WJEM), 2011:[5] “Excited delirium (EXD) is characterized by agitation, aggression, acute distress and sudden death, often in the pre-hospital care setting. It is typically associated with the use of drugs. Subjects typically die from cardiopulmonary arrest… all accounts describe almost the exact same sequence of events: delirium with agitation (fear, panic, shouting, violence and hyperactivity), sudden cessation of struggle, respiratory arrest and death.”
It appears that an EXD episode began when the officers tried to get Floyd into the squad car. He resisted, citing “claustrophobia” — the onset of the fear and panic phase, and “I can’t breathe” — difficulty breathing due to fentanyl locking into the breathing receptors in the brain. (Classic symptoms of EXD are highlighted in bold.) He then exhibited unexpected strength from the adrenaline spikein successfully resisting the efforts of four officers to get him into the car. We may never know whether Floyd’s agitation was caused purely from the EXD adrenaline spike, or if it was aggravated by police attempts to subdue him — but a subject defying the efforts of multiple officers to subdue him is a very common theme.
When Chauvin pulled him out of the car he fell to the ground, perhaps due to disorientation and reduced coordination. Presumably this was when he injured his mouth and his nose started to bleed, and the police made the first call for paramedics.
While restrained on the ground, Floyd exhibited agitation (shouting and hyperactivity, trying to move back and forth) for several minutes. There is one brief video at this point. One hears Floyd shouting very loudly, as in the agitated delirium phase — it sounds like, “My face is stoned… ah hah, ah haaa, ah please people, please, please let me stand, please, ah hah, ah haaa!”[6]. In a few minutes this was followed by “sudden cessation of struggle, respiratory arrest and death,” shown in a later video, where he becomes exhausted, and had stopped breathing when the ambulance arrived.[7] It appears that disorientation had already set in when the store employees went to Floyd’s car and asked him to return the cigarettes he had bought for a fake $20 bill. He refused, and they reported the incident to the police, saying that he appeared to be very intoxicated. He certainly must have been, or he would have either returned the cigarettes or left quickly to avoid arrest. Loss of judgment is a symptom of the syndrome; this includes futile efforts to resist arrest.

Police Intervention and Intentions
The EXD diagnosis is controversial and in some quarters is viewed as an alibi for police brutality. The WJEM authors note, “Since the victims frequently die while being restrained or in the custody of law enforcement, there has been speculation over the years of police brutality being the underlying cause. However, it is important to note that the vast majority of deaths occur suddenly prior to capture, in the emergency department (ED), or unwitnessed at home.”
Regarding restraint, they note, “people experiencing EXD are highly agitated, violent, and show signs of unexpected strength, so it is not surprising that most require physical restraint. The prone maximal restraint position (PMRP, also known as “hobble” or “hogtie”), where the person’s ankles and wrists are bound together behind their back, has been used extensively by field personnel. In far fewer cases, persons have been tied to a hospital gurney or manually held prone with knee pressure on the back or neck.”
This latter position is what the accused officer Chauvin was applying, although at one point the team did consider using a hobble. Physical restraint of the subject has always been the classical procedure, to prevent the subject harming themselves or others. It has been proposed that restraint helps to forestall injury and death by conserving the subject’s energy, but most experts believe that by leading to an intense struggle, it increases the likelihood of a fatal outcome.
Since knowingly using counterfeit currency is a fairly serious offense, the Minneapolis officers were required to arrest Floyd and try to bring him in. When he violently resisted, the optimal choice could have been to let him sit against a wall and guard him while calling an ambulance. To be able to quickly switch from law enforcement mode to emergency care mode requires training in recognizing the symptoms.
The charge sheet against Chauvin included this exchange between the two white officers on the squad:[8] “”I am worried about excited delirium or whatever,” Lane said. “That’s why we have him on his stomach,” Chauvin said.”
According to this dialogue, Chauvin was apparently was trying to follow the protocol recommended by WJEM. Since Floyd was on his stomach, Chauvin’s knee pinned him at the side of his neck, and did not impede breathing. Commentators are referring to Chauvin “kneeling” on Floyd’s neck, or resting his weight on it. From videos it is hard to gauge how much weight he applied, but the correct procedure is just enough to restrain movement, not to crush the person.
Chauvin and his team might not have done everything perfectly, but it is easy to underestimate the difficulty of police work, particularly in cases of resisting arrest, whether willfully or due to intoxication. If they had been clairvoyant clinicians, they would have called an ambulance the moment they saw him. Better training is needed. Was the police department then responsible? Might the department have given the needed training if the AMA had acknowledged the existence of the syndrome? This brings up a paradox: could police critics who deny the syndrome then bear part of the responsibility for the deaths they decry? The syndrome is being recognized by law enforcement after the fact. It needs to be recognized as it is happening.
The American College of Emergency Physicians’ White Paper Report on Excited Delirium Syndrome (ACEP, 2009)[9] notes that “a law enforcement officer (LEO) is often present with a person suffering from ExDS because the situation at hand has degenerated to such a degree that someone has deemed it necessary to contact a person of authority to deal with it. LEOs are in the difficult and sometimes impossible position of having to recognize this as a medical emergency, attempting to control an irrational and physically resistive person, … This already challenging situation has the potential for intense public scrutiny coupled with the expectation of a perfect outcome. Anything less creates a situation of potential public outrage. Unfortunately, this dangerous medical situation makes perfect outcomes difficult.” In other words, officers need to be policemen, paramedics and public relations experts all at once.
With a fatal overdose there is no good outcome possible, but there is no way for police to foresee that. Sometimes EXD can last longer, and it is not always fatal. Perhaps the ACEP Task Force on EXD will update their report and provide guidelines to help police identify and deal with EXD while avoiding accusations of police brutality.
Source - UNZ REVIEW
To Get Our Latest Update
Ad