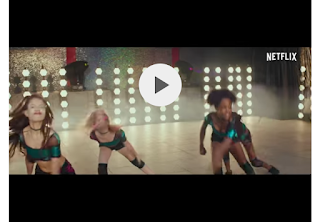 Netflix is under mounting pressure to cancel its upcoming release of the French film sexualizing children as young as 11 after a petition demanding its removal has already garnered more than 205,000 signatures.
The film, named Cuties, is a French coming-of-age comedy-drama film where the protagonist is a Senagalese Muslim girl from a traditional yet dysfunctional family who joins a dance group called Mignonnes, which is also the French name of the film.
However, the film immediately faced a backlash, with critics accusing it of sexualizing children, particularly through the act of “twerking.” Now, more than 205,000 people have already signed the potion demanding Netflix not release the film.

“This movie/show is disgusting as it sexualizes an ELEVEN-year-old for the viewing pleasure of pedophiles and also negatively influences our children!” read the petition on the Change.org website. “There is no need for this kind of content in that age group, especially when sex trafficking and pedophilia are so rampant! There is no excuse, this is dangerous content!”


Meanwhile, the film’s trailer has also drawn an overwhelmingly negative reaction on YouTube, with over half a million people giving it a “thumbs down” as opposed to just 16,000 giving it a “thumbs up.”
Anger over the film, which is set to debut on the stream in September, was also the result of a promotional poster that showed girls posing in skimpy outfits, an image for which Netflix has since apologized.
“We’re deeply sorry for the inappropriate artwork that we used for Mignonnes/Cuties,” the company wrote on Twitter. “It was not OK, nor was it representative of this French film which won an award at Sundance. We’ve now updated the pictures and description.”

This is now the third time that Netflix has come up with content that critics says promotes the sexualization of children. In 2018, their teen Italian drama Baby was accused of glorifying the sex trafficking of 15-year-olds. In 2017, Netflix streamed the Spanish film Desire, despite it featuring a scene where a prepubescent girl is depictedmasturbating.


To Get Our Latest Update
Ad