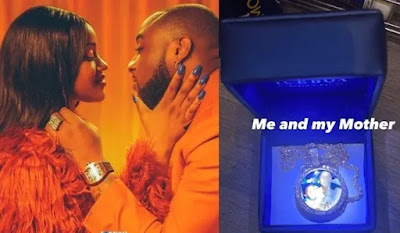 Davido nearly broke down in tears over the priceless gift his fiancée, Chioma gave him on his birthday.

Davido whose birthday is today 21st of November, has received lots of wishes and gifts from friends and family.

He also received a very beautiful neck chain from his fiance and Baby mama, Chioma.

Sharing a photo of the neck chain which has an image of him and his mother, Davido wrote "me and my mother, emotional thank you @chefchi". 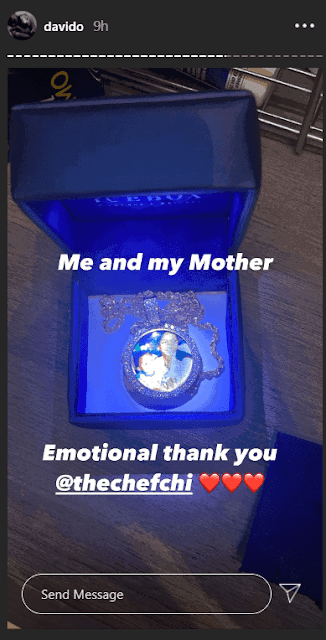