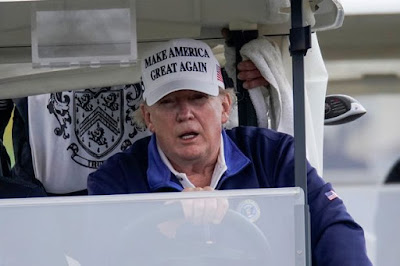 Donald Trump had to be talked out of launching a missile strike at Iran days after he lost the US election due to fears it could start a war.

The President, with just two months left in office, asked for options on attacking Iran's main nuclear site last week but ultimately decided against taking the dramatic step, a US official said.

Trump made the request during an Oval Office meeting on Thursday, four days after the election was called for Joe Biden and amid his increasingly desperate and unfounded claims of election fraud.

The unnamed official confirmed the account of the meeting in The New York Times, which reported advisers persuaded Trump not to go ahead with a strike because of the risk of a broader conflict.

"He asked for options," the source said. "They gave him the scenarios and he ultimately decided not to go forward."