French bulldog elected as mayor of town in Kentucky

HomeUnlabelled French bulldog elected as mayor of town in Kentucky 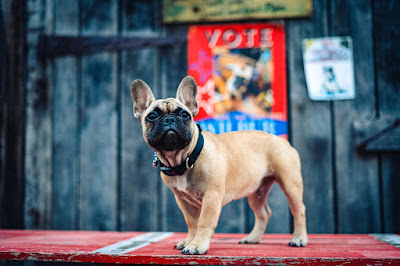 A small town in Kentucky has elected a French bulldog to be mayor. Wilbur, a 6-month-old puppy, was elected as mayor in Rabbit Hash, Kentucky on Thursday. Amy Noland, Wilbur’s owner, told NBC News that Wilbur’s campaign was based around ‘all of the negative media that’s out there surrounding America, and the election, and Covid-19. ‘I guess I wanted Wilbur to be something positive in the news,’ she said.

She mentioned that Wilbur is dealing with the stress of being the mayor quite well. ‘He’s done a lot of interviews locally,’ she said. ‘He’s had a lot of pets, a lot of belly scratches and a lot of ear rubs.’

Noland explained that the town ‘has never had an actual person or human as mayor,’ but the tradition came about in the late 1990s.

‘There was a man named Don Claire who thought it would be a great idea to elect some type of animal — not necessarily a canine — as mayor of town,’ she said. She called Wilbur ‘an anomaly’ because he is a purebred, but still considers him ‘so cute.’ Noland said she fosters kittens and cats, and the rest of the town is a thriving community of dog lovers. There have been five dog mayors of Rabbit Hash, which always coincides with the presidential election. ‘It’s not political at all,’ Noland said.
To Get Our Latest Update