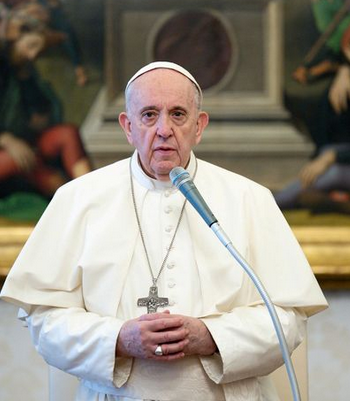 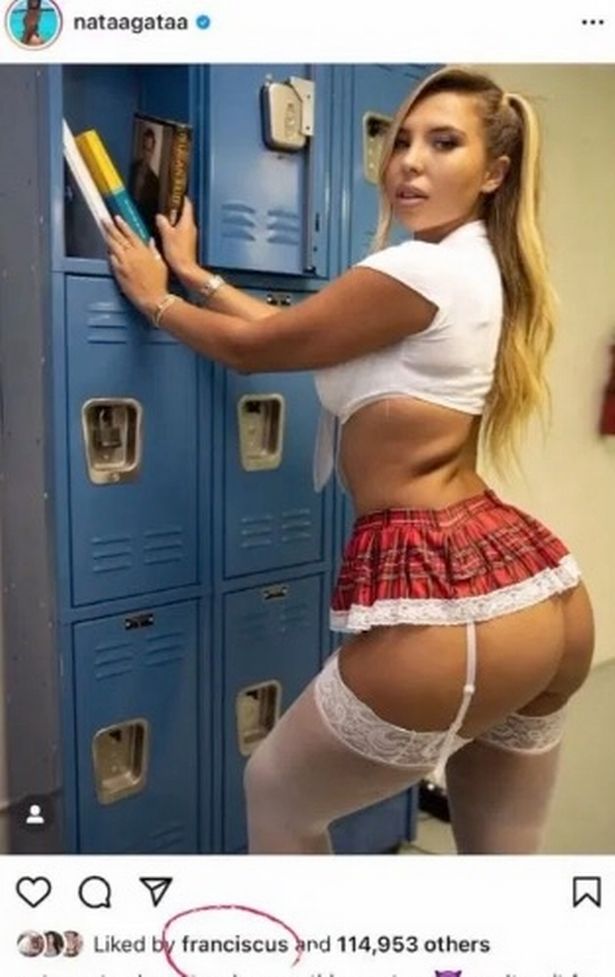 The Pope's Instagram account looks to have liked a scantily-clad bikini model's image which shows her in suspenders while appearing to put books into a school locker.

Natalia Garibotto, who has 2.3 million followers on Instagram, posted the shot of her wearing a barely-there red tartan skirt and a white crop top to the social media site.

But one of the Brazilian model's legions of fans spotted a "like" from an unusual source.

The 27-year-old model appeared impressed to apparently have a fan in high places and she is reported to have said: "at least I'm going to heaven" after the screenshot was widely shared.

The "like" got mixed responses with some shocked by it, while another joked: "now that's my kind of Pope".