Donald Trump shares plans to run for US President again 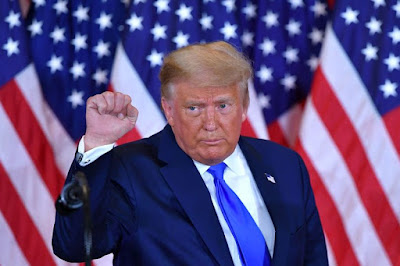 Donald Trump has shared his plans to run for US President again, suggesting he will enter the race for 2024.

The Republican reportedly told a boisterous crowd at the White House Christmas party on Tuesday: "I'll see you in four years."

Trump is still trying to overturn last month's election result which saw him beaten by Democrat Joe Biden amid unproven claims the process was rigged.

The billionaire businessman has reportedly spoken in private about the potential for re-entering the presidential race after Biden's first term ends.

However, his Christmas party comments are the first time he has publicly implied he would be running.

"It’s been an amazing four years. We are trying to do another four years. Otherwise, I’ll see you in four years," Politico reports Trump as saying.