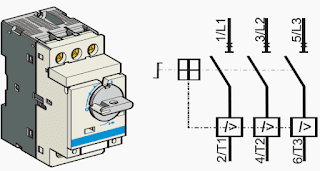 Three phase induction motors are the driving force behind all industrial processes. Automation is making motor control more sophisticated than ever before. However, motor protection co-ordination is an aspect which seems to be sidelined. While major industries and plants have been focusing on it, it seems to be neglected in smaller industries. We shall discuss here the need as well as benefits of perfect motor protection co-ordination(referred only as co-ordination).
A motor feeder typically consists of three devices as in the figure below :
1) Short Circuit Protection Device (SCPD , typically Fuse or MPCB).
2) Switching Device (Contactor)
3) Overload Protection Device (OLPD, electronic or thermal relay)
Co-ordination defines zones of protection for each device as well as its effects on the system. The typical tripping characteristic curve can be as below : 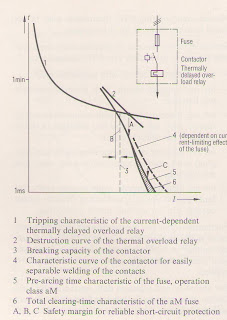