Anthony Joshua splashes £7.5million on homes in one year

HomeUnlabelled Anthony Joshua splashes £7.5million on homes in one year 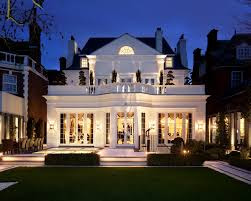 Anthony Joshua is proving to be a big-hitter in the property world after splashing out £7.5million on homes in 12 months.

Last week it was revealed the world heavyweight champ had become Britain’s first official £100m boxer. And it has now emerged the 31-year-old has sunk £10.2m into bricks and mortar, most of it in the last financial year.

Joshua’s firm 258 Investments handles his property portfolio, and documents filed to Companies House show he has over a dozen.

His fortune grew by £60m in a year after bumper fights against Andy Ruiz Jr.

And Joshua, who holds three of the four top heavyweight belts, is set to pocket another £100m in a unification bout with rival Tyson Fury, who has the other belt, later this year.