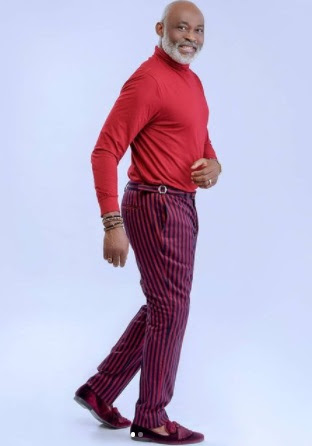 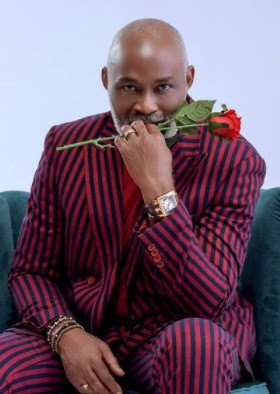 Veteran Nigerian actor Richard Mofe Damijo began his acting career in the ’80s with the movie, Ripples. However, Out of Bounds was the first film for which he received a writer/producer credit.

Ever since then, the thespian fondly referred to simply as RMD has become a household name in Nigeria and the world due to his acting prowess.

The 60-year-old actor who has a career that spans over three decades is now getting bald and spots greybeards. Quite active on the social media platform, Instagram, the actor often takes pictures looking dapper in his clothes as he rocks his grey beards and baldness with pride.

In an exclusive chat with The Punch, during the screening of the movie, Fine Wine, the actor stated that he has been blessed with his career as he has also always been a hard-working person.

Known to have a full rich black hair during his youthful days, the actor spoke about getting old. While talking about old age and the changes that come with the transition, the 60-year-old noted that he embraces it gracefully as ‘everyone gets old.’

The thespian said, “I embrace the fact that I am getting bald and old gracefully. I embrace the transition. It is not difficult for me to embrace getting old, everybody gets old. Why will I be afraid to be old?”