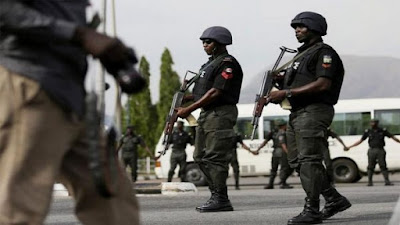 The Police Command in Edo on Thursday said no fewer than 3,372 of its personnel had been deployed for special operations during the Easter celebration.

It added that the personnel were to be complemented by other sister agencies in the state to be on standby at religious centres and recreation/event centres across the state to ensure peaceful and hitch-free Easter celebration.

The deployment, the statement noted, would forestall the activities of armed robbers, kidnappers, jobless/dissident youths, as well as, street urchins.

The deployment, the statement added, was in line with its constitutional mandate to maintain law and order, and also ensure a hitch-free Easter celebration in the state.

The command’s image maker further said the Commissioner of Police in Edo, CP Phillip Ogbadu, wished all Christians in the state a happy Easter celebration and encouraged them to be COVID-19 compliant.

He also said in the light of the celebration, the command had put in place adequate security measures in ensuring the security of lives and property of all in the state.

“Police command in Edo wishes to felicitate with our Christian faithful in the state during this period of Easter, a feast commemorating the death and resurrection of Jesus Christ, which commences on Friday, April 2 to Monday, April 5.