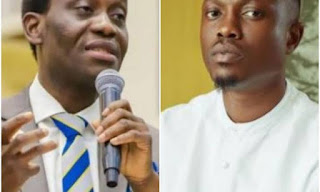 Vector has been called out by Nigerians over a tweet he shared on the same day the death of Pastor Dare Adeboye was announced.

Dare Adeboye, one of the sons of RCCG General Overseer Pastor EA Adeboye, was reported dead on Thursday, May 6.

On the same day, rapper, Vector, tweeted: ' "If you know you want to see Next year make some noise noooooise " '

He added a laughing face emoji.

Though he didn't say anything else, for some reason, Twitter users assumed he was making fun of Dare Adeboye's death and they took to the comments to blast him.

See some tweets below. 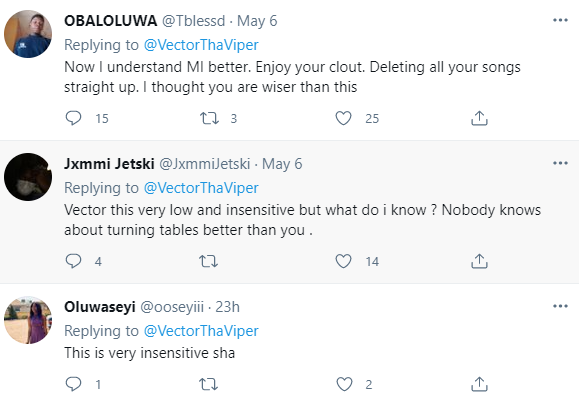 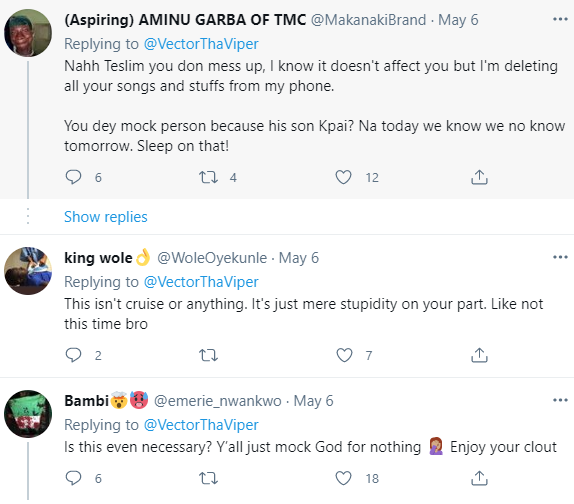 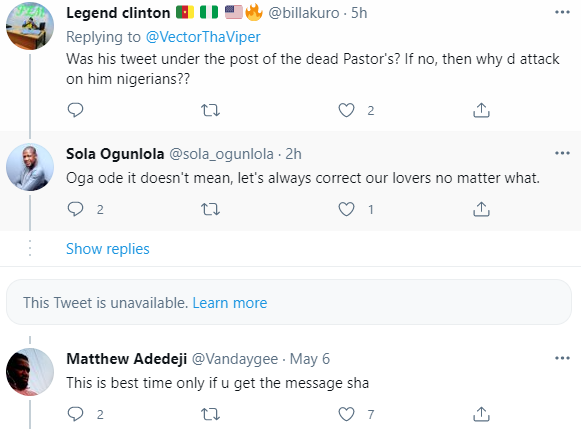