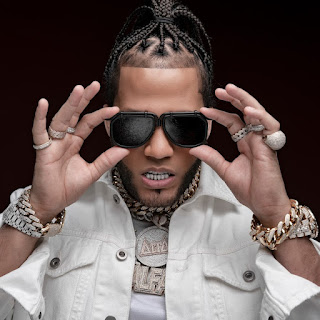 Emmanuel Baptist Herrera is also known as El Alfa was born on the 18th of December in the year 1990 in Bajos de Haina, Dominican Republic. Keeping out details concerning his family as has been agreed between him and his management.

Growing up, Emmanuel wanted to be a hairstylist as things were really tough as his family worked blue-collar jobs but he developed an interest in the music career at the ripe age of 17 as it was clear that music was his calling as the youngster would consistently ditch school to stay out with his friends and attend rap contests. He also sang at the local church whenever he could impressing the audience with his ability to change pitches, a charm he still carries to date.

Emmanuel Baptist Herrera who goes by the stage name El Alfa or El Jefe was born on the 18th of December, 1990 at Bajos de Haina, Dominican Republic and is 30 years of age at present. He weighs approximately 70kg (154 lbs) and has a height of 5ft 6inc (168cm). He is a Christian and is married to Alba Rosa with two children. He is a Dominican who comes from Santo Domingo. No information concerning his parents and siblings. He made his debut album in the year 2013 titled ‘Dembow Exitos’.

El Alfa started his career in the year 2008 and teaming up with a like minded personality in other to boost up his career, he connected with another Dominican artist, Eddie Wilson who at the time was looking out to make a name for himself and so they started making music together. They both grew quite popular quickly in their local hometown performing in bars and in open places and in the year 2009 they both parted ways to chase solo careers.

He released ‘Conche Bomba’ in 2009, ‘Coco Mordan’ in 2010, and others like ‘Cacao’, ‘Muevete jevi’, and ‘Con To Lo Cascabeles’ and later stirred up the industry with a different jinx music ‘Fuin Fuan’ in 2013. However, the success of his solo career in the early 2010s earned him lots of super opportunities in his career with ‘Tarzan’ having gained millions of views on YouTube in just a few days back in 2016 attracting the attention of big names in the industry who wanted to collaborate with him.

In 2016, he released two singles starring Nicky Jam a Puerto Rican star and in 2018 he celebrated 10 years of his music career by singing in a concert put together at Palacio de Los Deportes Virgilio Travieso Soto. Presently he continues to shine in the industry releasing popular radio singles with the likes of Cardi B and Pitbull while owning his own record label.

El Alfa is married to Alba Rosa and has two beautiful children with her and has been living his life privately away from any scandal either in his marriage or in his career.

El Alfa’s wealth has come from various sources over the years like from his music and endorsements, multiple properties of lands he owns in the Dominican Republic, selling of merchandise and artworks, his YouTube channel where he receives millions of views on every single video he posts and he is also part of the top shots when it comes to charity and social works.

El Alfa’s net worth has been estimated to be approximately $1.5 million with over 18 million monthly listeners on sportily and a monthly income of over $30,000 and an annual income of over $700,000.