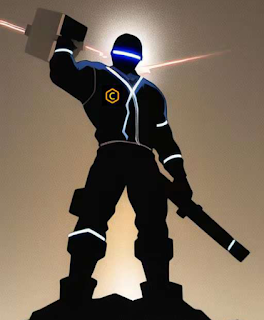 The CORE Satoshi App downloads had recently surpassed 60,000,000 downloads across the world, with participants in over 200 countries.

Ahead of the scheduled Mainnet launch for the Satoshi Core Mining, the team of developers “@Coredao_Org” has hinted that every internal development and test work has been successfully completed, remaining security audit report from Halborn and Least Authority – who are in charge on making vital reviews and evaluations on the Core Chain (Blockchain).

After a research made by a participant regarding the recent tweets from the Core DAO! The user noted that, it wasn’t basically about the price of Satoshi Core, but its equality.

“By guaranteeing more trust than natural language laws, blockchain smart contracts will become the laws of the future. #CoreDAO”

Combining both, the tweets would mean that, under blockchain laws there’s no manipulation unlike in the natural human language where laws are manipulated to favor the rich and powerful.

So, the core chain is here to bring equality to the world! Giving ordinary people a chance to make wealth by mining core, thereby aiding equality. We all know by now that the powerful ones will do anything to remain powerful which includes blocking ordinary people from lending a countering voice and all. I don’t need to emphasize on that, we already know what powerful politicians do to keep the gap between them and us very significant.

Presently, the only way to accumulate CORE is via SATOSHI App on android devices. This mobile APP mining is an innovative airdrop method. Basically, the CORE block rewards received is actually an Airdrop simulating an actual Blockchain Mining.

After 12th December 2022, Satoshi App innovative Airdrop method will stop, ushering in the actual mining via Decentralized Validator Nodes as the only way to accumulate CORE. Nonetheless, those in possession of CORE can delegate to existing Validator of their choice.

Bitcoin miners among other factors will join in the Node Mining with their existing hash power, together with Validators, Relayers, and CORE holders. These #BTC  miners will delegate their hash power to a Validator self-run or by a third party through Relayers.