Here is everything you need to know about  NiceWalk Review, all the features if it is legit or scam, how to to earn, Read fully 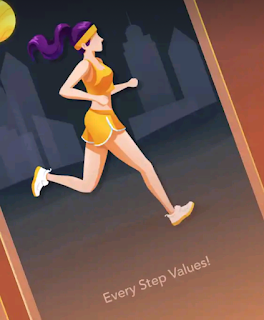 NiceWalk is a 100% free app that lets you earn coins by walking and hitting your step goals.

These coins can then be exchanged for real money once you reach the minimum requirement (or at least, that’s the idea).

But where do the app’s profit and cash prizes come from?

Well, NiceWalk is funded by advertisers, which means you’ll be bombarded with commercials from the moment you launch the app until you close it.

The app has managed to rack up over 500,000 installs and a 4.5-star rating. That’s pretty impressive, but does it reflect people’s expectations?

Therefore, Nicewalk is not as wildly unrealistic as many other step-counting apps on the Play Store, which promise to pay out over $500 with only a few steps.

It’s worth noting that you’ll need to accumulate a minimum of 4 million coins before you’re able to cash out a respectable $66.

How to Earn Cash on Easy NiceWalk platform

Nicewalk is free on the Play Store and doesn’t require registration. So you can download and start using it right away!

When you first launch the app, they’ll ask for some personal information like your gender, height, and weight in order to provide more accurate step tracking.

The developer promises never to share your data with third parties, but we all know there are no guarantees!

And as a bonus for being a new user, you’ll even get a coin bonus of 50,000 just for joining. Of course, they will push you an advert before you can collect the coins.

The app will automatically start counting your steps both indoors and outdoors.

But don’t expect it to be super accurate, especially indoors. That’s because Nicewalk relies on your phone’s sensors rather than GPS to track your movements.

Once you’ve accumulated a few steps, you can convert them into coins by clicking on the treasure chest icon below the step counter.

Then, again, you will be prompted to watch a video in order to activate the conversion. The good news is that you can collect bonuses by meeting your daily goal of 6000 steps.

In addition to tracking your steps, NiceWalk calculates your distance, calories burned and walking time.

There is also a handy tracker graph that allows you to stay motivated.

Now for the downside: NiceWalk also functions as a lock screen. This means you have to swipe the screen whenever you want to unlock your phone.

This is a good way to earn and increase your cash on  NiceWalk platform, you can get your unique referral link via your account dash board.

This link can be shared any where online and on any social media platform either Facebook, instagram, twitter or whatsapp as long as it is a place where you can tell people the benefit of this platform and lure them to sign up.[ad]

How Do You Get Paid On NiceWalk?

So, how do you turn your hard-earned tokens into cash with NiceWalk?

First, head to the withdrawal section in the app, where you can choose your preferred redemption method.

Keep in mind that the minimum payout for UK users is £9, and you’ll need a minimum of 1 million tokens to withdraw that amount.

Is NiceWalk Scam Or Legit?

It’s very unlikely that Nicewalk will pay you since the minimum payout of $66 is pretty high!

Another user mentions experiencing a “parameter error” that wiped out their hard-earned coins.

All the negative reviews, combined with the high payout threshold and the lack of a TOS, raise red flags about its reliability.

That’s why I say you must be very lucky if they transfer $66 to your account. The reason is that without a user agreement, the developer doesn’t need to pay anyone!

«Enjoyed this post? Never miss out on future posts by following us»